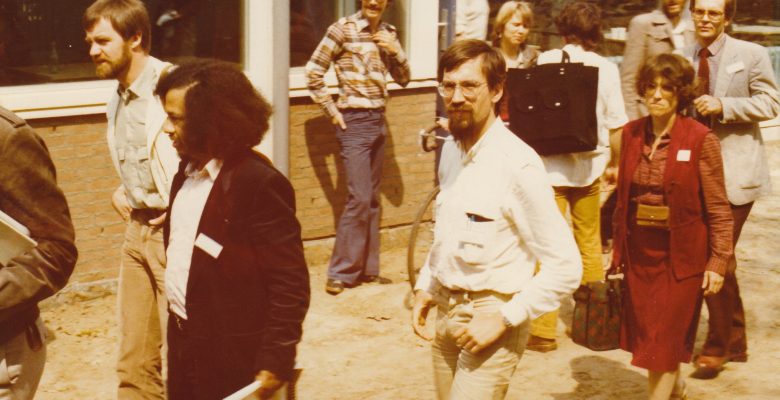 Although the official history of the EAPP started in 1984, it was preceded by the organization of the European Conference on Personality, held in Tilburg (NL), May 17-19, 1982. The picture above was taken during that conference.

Subsequently, the EAPP was founded in Bielefeld on May 19, 1984 during a plenary session, where the first Executive Committee was elected, and where all the attendants could register as founding members. The EAPP was notarially established in Groningen (NL), on September 6, 1984. Below is the first logo of the association used on letterheads.

In the years surrounding the foundation of EAPP, numerous activities were undertaken by EAPP members and other EAPP-affiliated researchers. Some activities (e.g., EAPP workshops) were officially adopted and facilitated by EAPP. These activities are the precursors of the present-day expert meetings. In the following, some important initiatives are listed.

There are various source of archival material that document the history of EAPP: 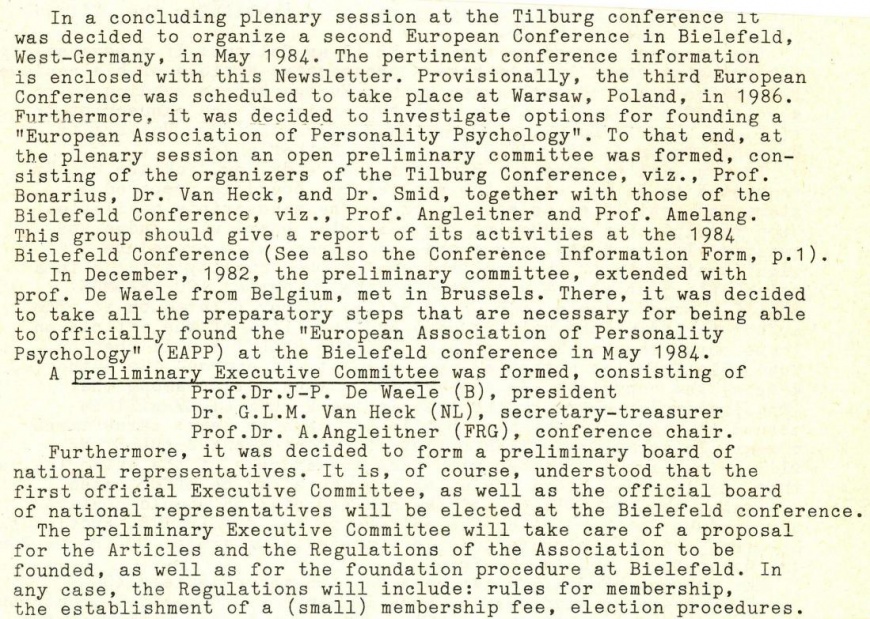 Piece of text from the first Newsletter of the EAPP, dated April, 1983. 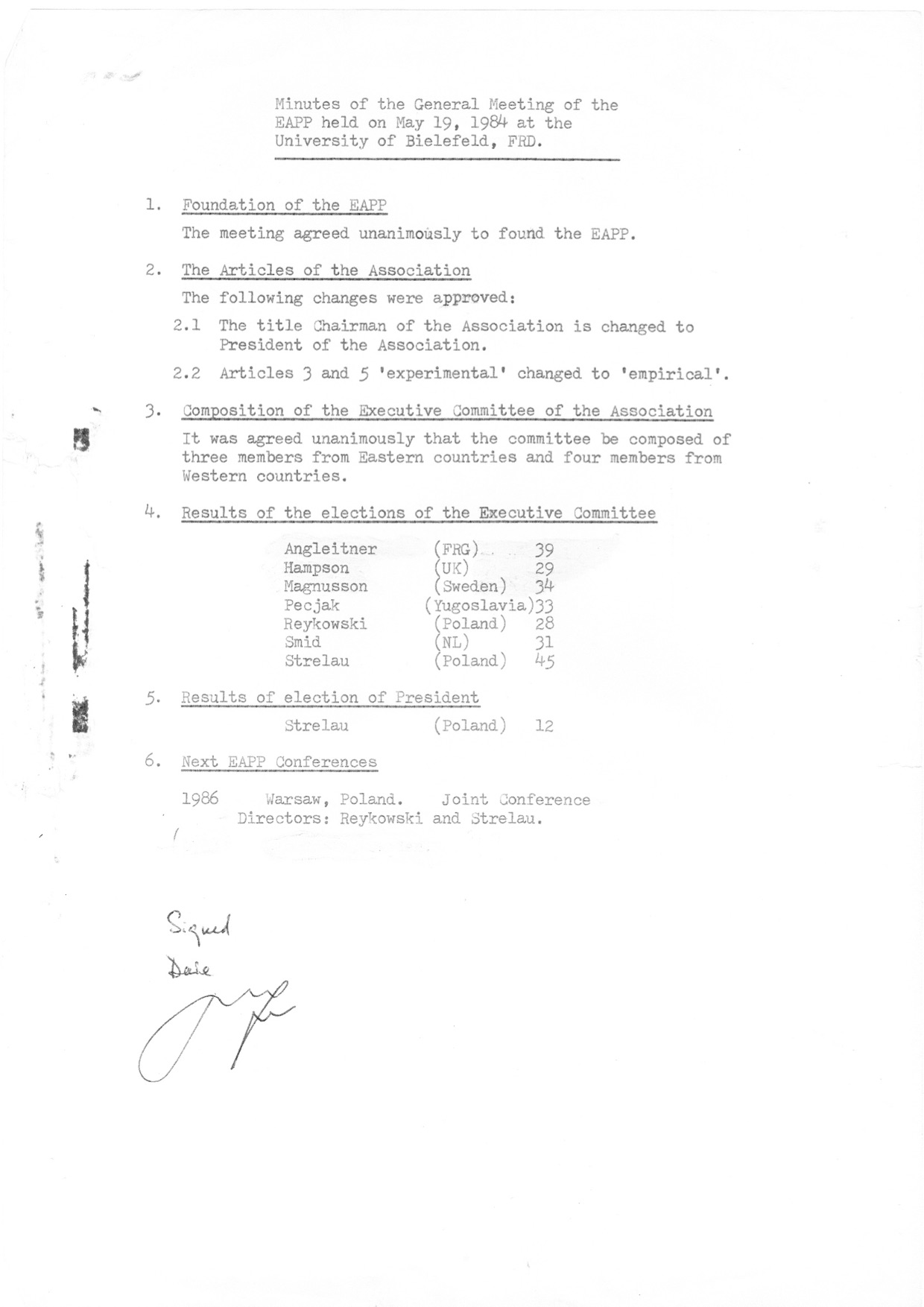 Minutes of original decision to found the EAPP, dated May 19, 1984.